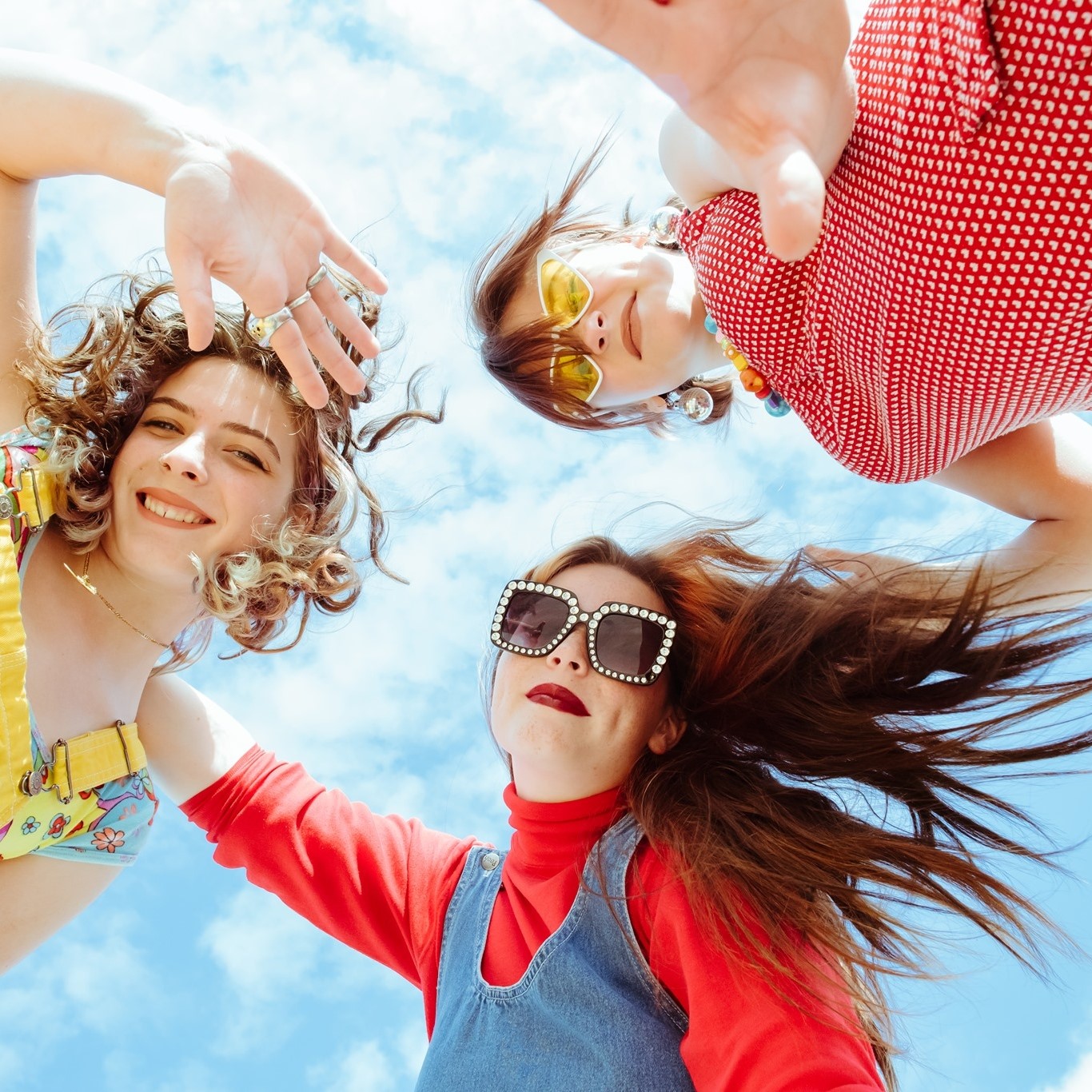 Olivia, Emma, and Bella Burney are a seismic sister trio with an ever-evolving folk/rock/Indie sound.

Both older sisters dabbled in instrumental music lessons at an early age (Olivia on piano; Emma on violin) but their interest quickly waned. The traditional childhood music repertoire just wasn’t their jam. Instead, the girls steeped themselves in popular music and daily family singalongs. In this music rich environment, the girls honed their vocal skills and grew conversant with harmony. Learning to sing together was built upon “what sounded right.” And it was magical. The girls’ abilities grew at a pace and proficiency that immediately set them apart—even garnering them an invitation to provide back up vocals on a friend’s album. That serendipitous experience proved to be pivotal.  Both girls agreed, performing was fun, but now they really wanted to play “their own stuff.”

Olivia began to play around on an old guitar at home, but ultimately, it was the one dollar garage sale ukulele that shifted her trajectory. It was now about carving out her own unique sound. Seeing Olivia blaze her own way was formative for Emma. Almost immediately, she picked up the guitar, followed by the bass, banjo and keyboard. And, in a beautiful twist of irony, Emma picked up her PaPa’s fiddle and set her sights on learning as many traditional songs as she could. She succeeded, and she even added cello for added measure and moody texture.

In 2019, the youngest sister, Bella, decided to join her sisters by adding high harmony vocal part on a Christmas single, White Christmas. That production permanently set the stage for a 3rd microphone and sibling harmony that captures the listening ear and hearts of the audience. Not long after that single was released, her instrumental choice became the bass. She would learn on a Hofner bass, bought in part to fit her tiny frame, and as she’s grown to accommodate larger basses, it’s still her favorite choice onstage.

The musical phenoms are now a heady force. With a maturity and emotional intelligence that belies their age, Olivia and Emma write keen and knowing songs while arranging for multiple instruments and structuring unique and resonant harmonies with their sister Bella. The result—personal and penetrating songs that both connect with and captivate the listener.

Their debut 2017 EP included such gems as “Constellations” and the popular “Plastic.” Their follow up EP, “Where We Stand” was released in 2018. Their single, “Make Me Happy” (September 2019) is infused with a folk rock sound and even nuances of punk, proving that the unexpected always delights. 2 more singles “Unbearable” and “Too Familiar” were released in 2020 and the trio have been expanding their musical taste and style yearly. Their most recent release in August 2021, ‘Then We’ll Talk’ even explores a bit of a 90s rock feel, and continues to reveal their inspirational muses, as their tastes and influences evolve over time.

The Burney Sisters have played stages big and small, opening for such legends as Wynonna Judd, Lonestar,  Jo Dee Messina, Larkin Poe, Del McCoury, ‘The Voice’ alum Sawyer Fredericks,, and ‘American Idol’ contestant, Emi Sunshine. Playing festival stages such as Peddler’s Jamboree, Twangfest, Shwagstock, Moccasin Creek, and, most notably, Columbia’s Roots N Blues annual festival, afford them exciting opportunities to play main stages, sharing lineups with artists including The Avett Brothers, Sheryl Crowe, and Brandi Carlile, to name just a few.  In addition to venues and festivals, the sisters have developed a deep fondness for playing intimate house concerts, private meaningful gatherings, and fundraising efforts that resonate with them. They have goals to travel extensively and collaborate often and the course is set to do just that!