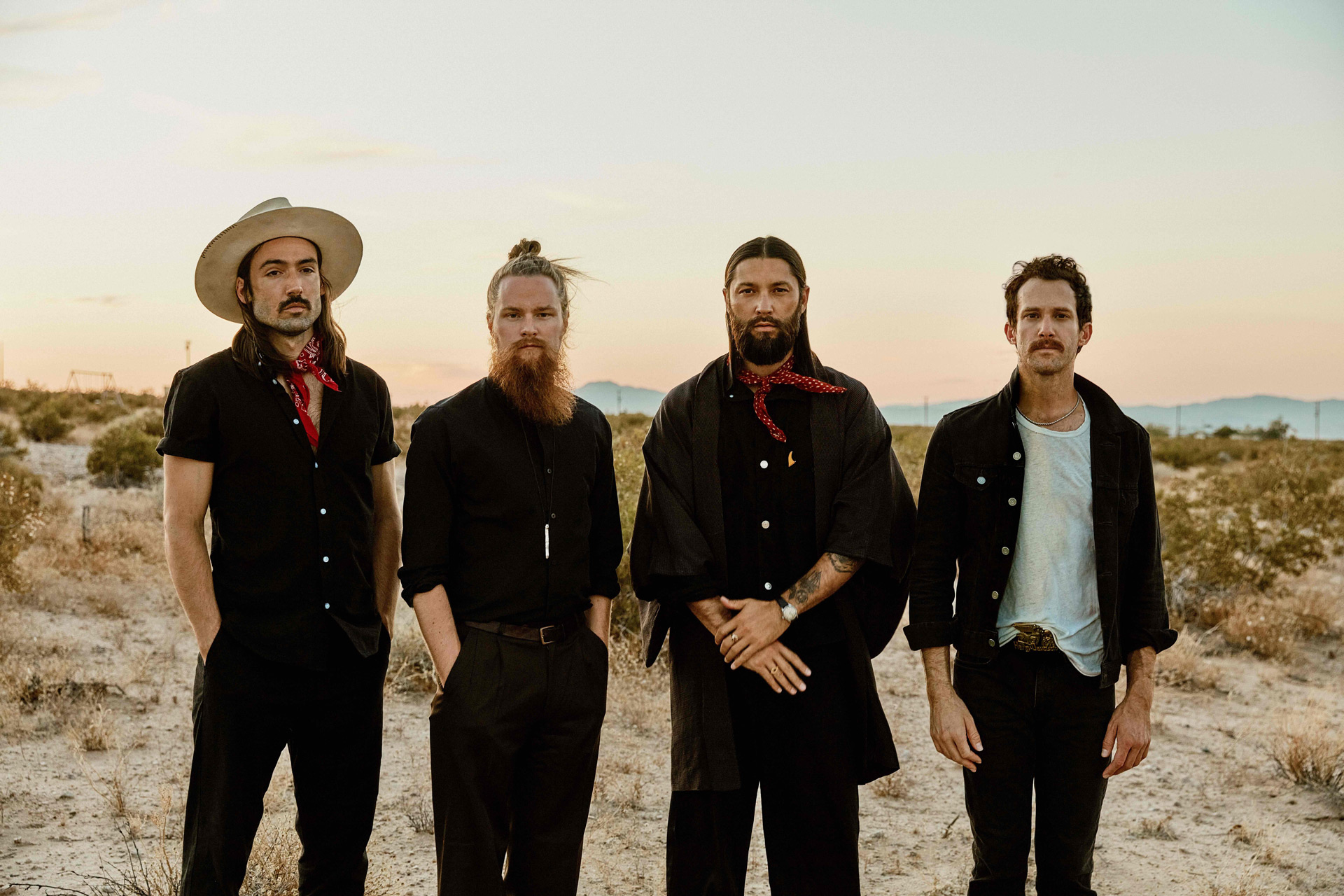 Based in Los Angeles & Nashville with roots in Sweden, Grizfolk is an alternative rock band consisting of Adam Roth, Sebastian Fritze, Fredrik Eriksson, and Bill Delia. Grizfolk released their debut EP, “From The Spark”, in February 2014, followed by their debut full-length studio album, “Waking Up The Giants”, via Virgin Records in January 2016, showcasing their penchant for delivering electronic-tinged folk rock. They spent much of the last five years touring around the world, from headline shows to support slots with Bastille, X Ambassadors, AJR, and more. They’ve also run the festival circuit, including Firefly, Hangout Fest, BottleRock, and Voodoo Fest. In 2018, Grizfolk released the track “Shaky In The Knees”, hinting at a slightly new direction for the band, moving away from some of the electronic elements present on their first two releases and focusing on more organic instrumentation.
‍
Grizfolk started off 2019 with two new songs and an extensive North American tour with Andrew McMahon in the Wilderness and flor. Those first two tracks of the year, “Spoonful” and “Heavy Crown”, continued the bands musical evolution, incorporating more upright piano and guitar, and less synths. “Spoonful” channels a retro sound to deliver a dark tale of yearning for someone out of reach, while “Heavy Crown” melds a danceable bass line with jangly pianos to create an upbeat track that is sneakily about the tough subject of fighting for what’s right in today’s complicated world.